Of all the products that have been used by Zuni fetish carvers over the centuries, antler is the material most amenable to intricate carving and to representing a diverse range of subjects and movement.  The most common source used in antler carvings is deer and elk, both of which are found as natural ‘sheds’ on the Zuni Reservation. However the majority of Zuni carvers purchase sheds from trading posts. A single half or full rack can yield only a small number of carvings at any one time, so they are purchased whenever there is an adequate supply.  Antler shedding begins in the spring.  Many industrious Zunis and others, including area ranchers, comb the forests and rolling hills to try to find antler. 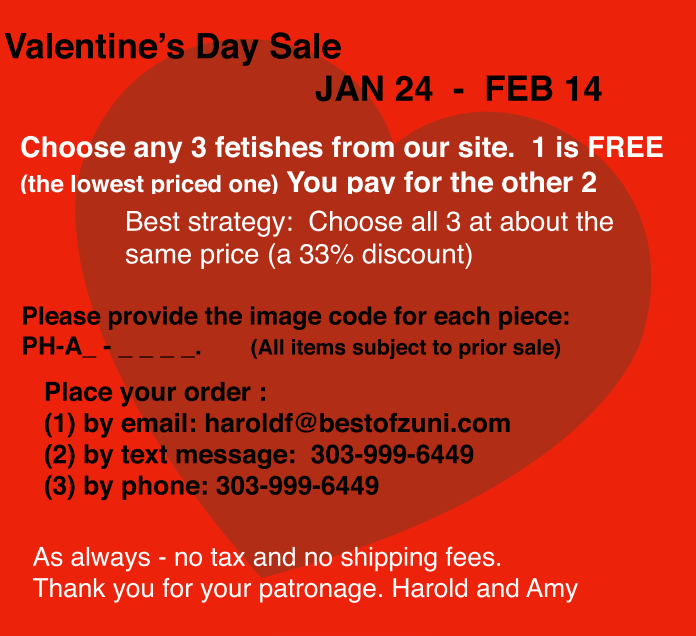